When love is in bloom 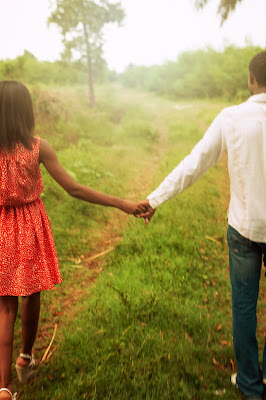 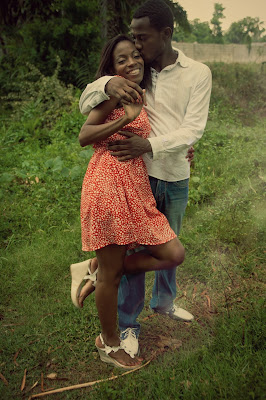 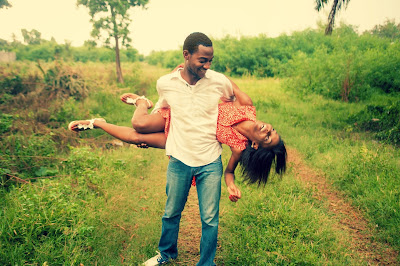 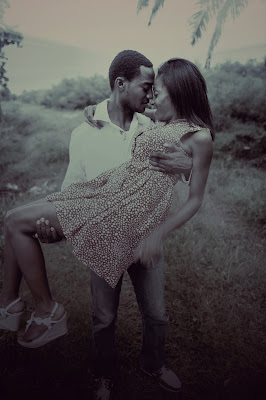 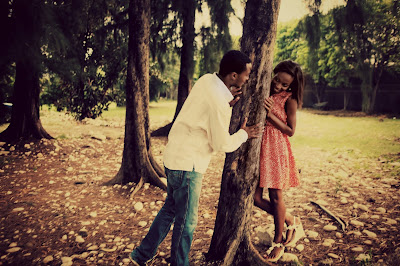 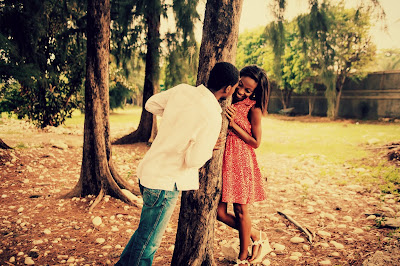 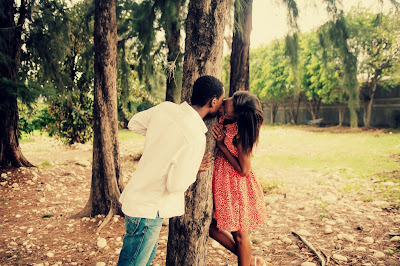 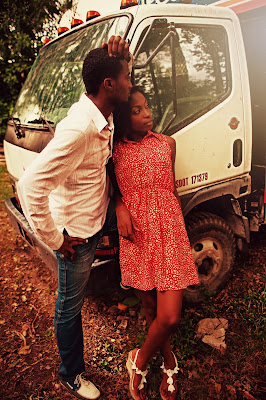 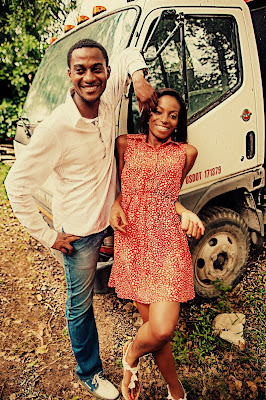 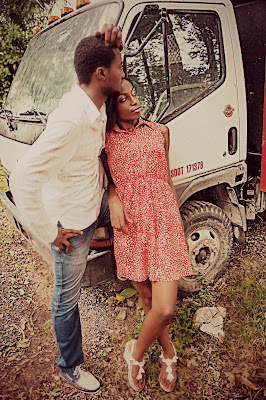 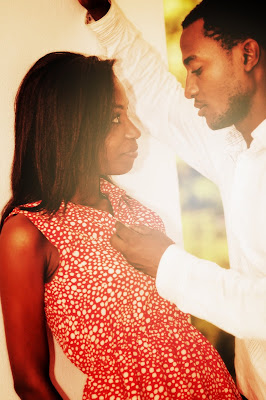 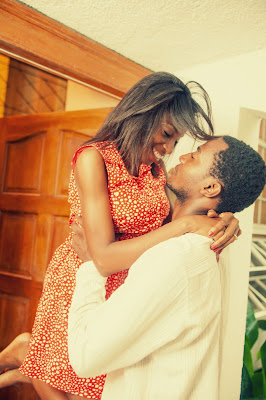 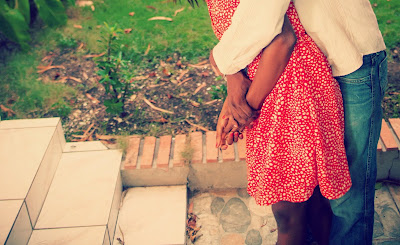 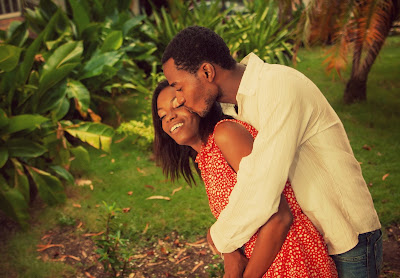 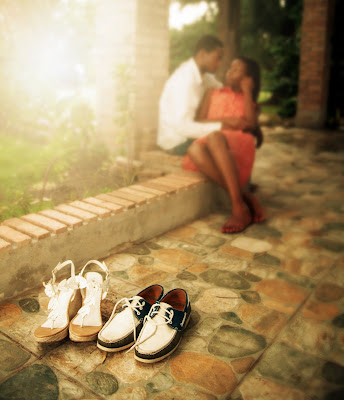 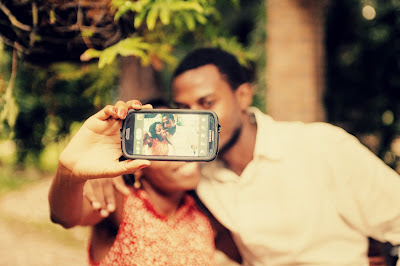 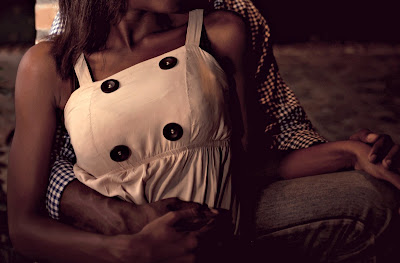 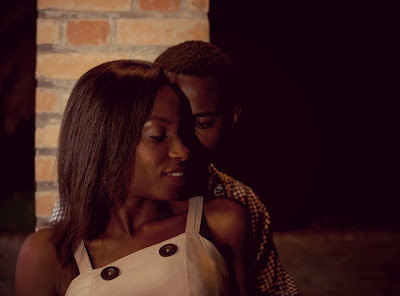 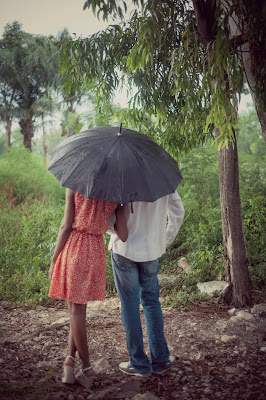 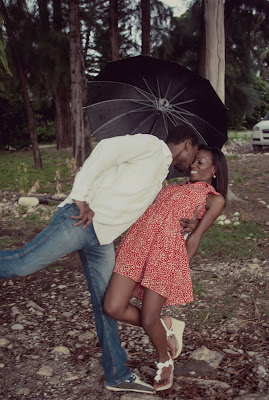 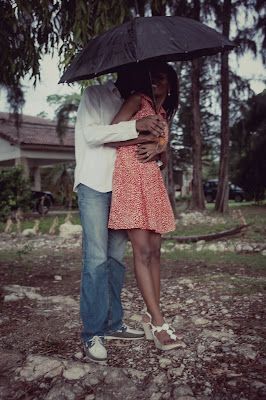 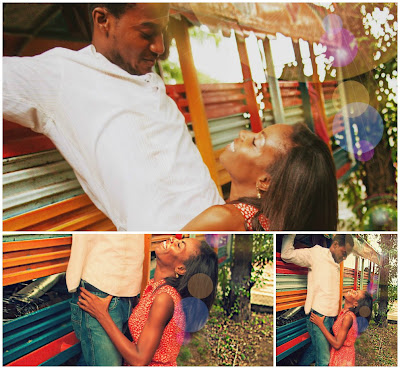 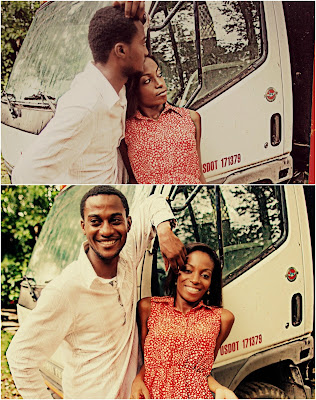 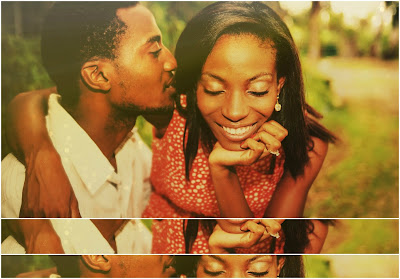 There is a fine line between the haves and have nots of this world.  I have not been one to elaborate on the injustices of this world because quite simply... as clear as it may appear to those who examine it from the fringes of society as complex as it is for them who struggle with the consequences of decisions resulted from these fine lines.

Yesterday morning along the path way from my home I was barricaded by a crowd of flustered individuals. As I hesitantly crept forward I noticed a body lying still on the hard stone pebbled road way. He appeared to be somewhere in his early twenties. His head was facing my direction and eyes were closed almost as if he were prepared whisper a secret to any prepared to listen. His arms were sprawled on each end but under his left side fresh blood gushed from his chest. He was finely dressed, almost as if dressed for church or some other celebratory occasion. About 10 feet to his left  lay a younger body. The neighbors claim it was his younger brother, dressed in matching attire with an gray ivy cap.

I stood stunned.  It was not the first time I had viewed dead bodies before, but as I left for work it quite honestly was the last thing I intended to confront. Some members of the crowd screamed in despair. Other stood in anger, obviously troubled by the acts which had recently taken place. Varied tales were recounted- robbers had attacked them with knowledge of their visit to the bank, they were member of  gangs who lived not to far away from the area, shots were fired etc..  It all seemed like a blur.

I began to wonder how this news would be broken to these young men's family?. What dire reality could have motivated an individual to take their lives? To literally play God.  A scary reality, an unsettling reality- but a reality we live with everyday.

And yes, simply - regardless of what tale was true, we all know these stories to well. The media has left us desensitized . This was a story of a have and a have not.  Regardless of how little, how much more these two brothers actually had. The perpetrators decided it would be there final day. They had something someone envied. As I stared at the older brother's body, his lithe body gently closed eye lids, and perked lips ready to whisper a secret to any who would listen.
.. 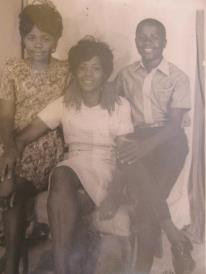 For quite some time now I have attempted to mentally document a myriad  of tales and stories that could be pieced together to share a memoir of sorts. And as each tale has unfolded before my very eyes- questions continued to lure in.  I hungered for more, yet hesitated with each step.

It was like somebody opening up a treasure chest- and all I could do was just sit in awe of how sparkly it all was.  And till this day I still am. And as I continue to familiarize myself with the contents within, it all begins to make sense.
Posted by Chrivi... at 8:51 PM 1 comments

There are moments of impact in each person's life that are critical to defining who we are and who we become. As travelers of this world, as purveyors of the land, members of a society.

Many times as the pages of our lives continue to unfold, we are so unraveled in the details, in the nuances of the everyday that we almost forget.   The moments which shape us into the entity we see, the moments which     mold our decisions or are lack their of, the moments our souls call home.
Posted by Chrivi... at 7:56 PM 1 comments

We have a pool boy.

April 7, 2012
Of course, I have only spoken to him in passing, you know the usual
"Good Morning...
The pool looks great today!
..How is the family?"
.nobody actually , really "talks" to a pool boy.

He is simply here to do his "pool duties": scrub, clean, disinfect and keep the pool sparkly blue.

April 20, 2012
I mean, even if I wanted to discover more about" ti blan"would that even be socially acceptable?

April 25,2012
I caught "ti blan" singing today. As I meandered on back  I heard the most melodious sound, so naturally I followed it. The closer I got to the music, the more enchanted I became. The words were so poignant and true. As he fiddled through the guitar strings , his words took form. They evolved. Right there, slouched near are hidden cherry Ti Blan- he shared his story, his dreams , his reality.

April 26,2012
My mind raced as I tried to piece together the realities he explicated just a few hours ago.
I need to understand.

April 28, 2012
I approached TiBlan to day. It was strange but refreshing
Our conversation went past the 15 second schmeeal.

May 11,2012
We have been talking a bit more now a days.
Stevenson's mom is a ti marchand right near 3 Mains- She leaves 4am and gets home at around 8pm, his dad left before  had any real recollection of who he was. He is currently enrolled in a technical  school where he learns basics of hotel management. And it is all for free. Some field agents came down to his house and starting recruiting youth interested in the trade- naturally he jumped on the chance.

May 15,2012
Stevenson wants to be a world-renown musician.

I saw something beautiful today.  It was not something out of the ordinary or much of anything really. It was simple. On the bench across from me as I rode down Route National #1 there sat a young adolescent boy and what appeared to be his younger brother. 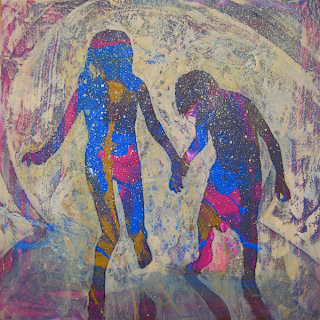 As the tap-tap slowed down for the two and the older boy carried his sibling unto the car,t in a brief moment I saw selflessness. How am I sure? well, I am not. But I like to believe I have this advanced sense of intuition which enables me to see beyond what others can, and due to my heightened sense of imagination... right away I knew their story.

They were both dressed to the tee in their vibrant uniforms. The older boy, could not have been older then eleven years old, and was suited in his neon green pleated pants and his green and white checkered button down. The toddler was in his grayish blue over-alls, - his name had been embroidered in red capital letters on his chest: SAMSON ( I think this is common custom down here to have your name embroidered on your uniform while in" garderie" / preschool, because I also recall a photo of myself where this to held true).

They were obviously coming home from school, because at this time it was a bit after one and the older brother look famished. His skin was a bit tarred from the warm island sun. But his younger brother,Samson, with his bright orange "sa pi bon" popsicle in hand was ready to take on the world. His smile alone lit up the cart. 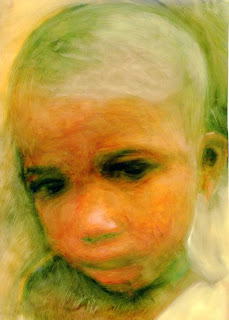 Little did most of us know...He and his older brother, were up before the break of dawn, at around 4:30 this morning. His older brother had to run  15 minutes to the village cistern to fill his bucket  with some water for him and his brother to shower before breakfast. His dad, couldn't have gone because they live with their mother. But she is barely home, she works as a servant from Monday through Saturday. Samson accompanies his older brother to the well, although his older brother repeatedly tells him he doesn't need company and that Samson only slows him down. (His older brother know Samson could use the few more moments of rest.)

But Samson is insistant and can't help it.. He adores his older brother. For a long time now, it has been just the two of them . He actually can't remember other wise.

Their uniform is still moist from his older brother's attempt to wash off last week's stench but they look brand new. Samson's older brother, fixes his lunch box with his favorites - salted crackers,cheese and ketchup sandwich and an extra 5 gourdes for Samson's favorite treat: "  orange "sa pi bon" popsicles.

His older brother takes Samson's hand and walks another twenty minutes to the  nearest taptap station.As they sped down the hill, they make it a few seconds after 6:30. "This is the last time!" The chauffeur yelled "Tommorrow, you kids don't make it on time and you walk the whole way."  Samson was terrified by this taptap driver's voice, and his older brother pulled him near...

After a long day at school it was time to head home.His older brother picked Samson up from school and was glad to see he had found the hidden dollar. Samson was already savoring his delicious orange flavored popsicle. His joy was contagious. 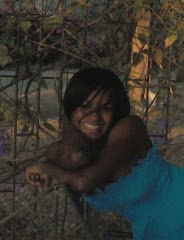 Chrivi...
“There are times to cultivate and create, when you nurture your world and give birth to new ideas and ventures. There are times of flourishing and abundance, when life feels in full bloom, energized and expanding. And there are times of fruition, when things come to an end. They have reached their climax and must be harvested before they begin to fade. And finally of course, there are times that are cold, and cutting and empty, times when the spring of new beginnings seems like a distant dream. Those rhythms in life are natural events. They weave into one another as day follows night, bringing, not messages of hope and fear, but messages of how things are.“